We have a variety of Doterra Oils that you can purchase online today. Shop Now!

The Biomat is a “pad” which lies on top of a massage table or your home mattress.  It converts electricity through a computerized control panel, produced with Texas Instruments parts, into Far Infrared Rays (FIR), nature’s invisible light.  FIR was discovered by NASA to be the safest, most beneficial light wave. It penetrates 6-8 inches into the innermost recesses of the body, stimulating healing and regeneration of nerves and muscle tissue layers.

The Biomat also produces Negative Ions, nature’s energizer, which deliver a molecular level massage.  This accelerates and deepens all healing and cleansing processes. It balances pH by decreasing acidity and is considered the “Master Power Switch” which activates the body’s entire cellular communication system, making every body function work better!

These two components are transferred through Amethyst Quartz channels which cover the entire Biomat’s surface.  Amethyst Quartz is natures Super Conductor, scientifically found to offer the steadiest, most powerful delivery of healthy far infrared light waves and the highest vibrational frequencies into the body.  It is known to be a powerful detoxifier, assisting in releasing its user from addictions such as alcohol, food and substance abuse, as well as hangovers and toxic residues.  It also produces naturally occurring far infrared waves.

This technology is being used in spas and professional practitioner's offices all over the world. Physical therapists, chiropractors and acupuncturists are realizing the benefits for their clients.  Boeing and Microsoft have placed them in their buildings for employees to use.  So start today by being proactive about your health and well being.  A good nights sleep or a mere 25 minute nap on the Bio-Mat, can go a long way to ensuring that the years ahead of you will be healthier, enabling you to be more active and enjoy life’s journey to it’s fullest!

The Bio-Mat is a registered FDA medical device. 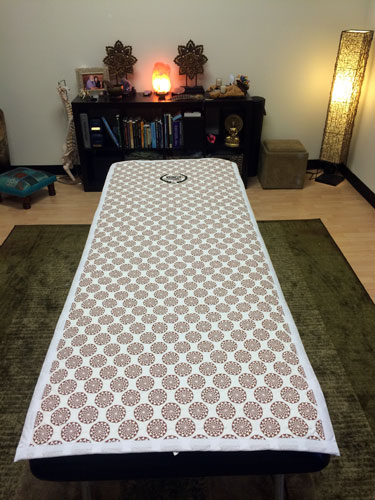 Benefits of the Amethyst Bio-Mat:

Important Messages from BodyMFR:
Do not miss reading about the Biomat as follows.
The Biomat is not a device to cure cancer or any other disease.
The Biomat does not claim any medical benefits and does not
claim to cure any disease or medical condition. It does not claim
any diagnosis or treatment and only claims the statements in the
Medical Device of the FDA's regulation. Specific medical advice should
be obtained from a licensed health care practitioner. Any information
and personal testimonies about the Biomat does not reflect the Biomat's claim.

Link to webmd article on the benefits of negative ions:
www.webmd.com/balance/features/negative-ions-create-positive-vibes

For more informationt: THE BIOMAT

All sessions include listening to guided meditations.

Below are insurance codes for the Amethyst BioMat if you have special insurance that will cover this durable medical equipment device. Typically Auto, PIP, Workers Comp, and Flexible Medical Account or Health Savings Accounts do cover this.

What to expect when adding daily Biomat sessions:

As the Amethyst Biomat helps the body to cleanse and detoxify, some users will experience one or more symptoms of detoxification— sometimes referred to as a "healing crisis". These symptoms may include more frequent bowel movements and urination, slight nausea, mild headaches, various discharges, mucus, skin breakouts, or acne.

As the body receives a constant stream of light-wave energetics that it needs to strengthen itself, the body’s vital force increases. This enables the body to liquefy accumulated waste and toxins that have been lodged in the tissues, cells, and organs of the body for many years, and to eliminate them as phlegm, mucus, etc.

It is important to go through this detoxification, because, although you may feel slightly uncomfortable during the process, afterwards you experience a new level of vitality. This process of detoxification is also called a “healing crisis”.

The famous homoeopath, Constantine Hering, made a clear distinction between the symptoms of a healing crisis and those of a disease crisis. Unfortunately, we often confuse a healing process with a disease process, and suppress it with medication. This only makes the body weaker and more vulnerable to disease.

When you experience a healing crisis, assist the process (by drinking lots of liquids, keeping warm, resting and exercising for lymphatic movement) to promote the rapid elimination of any toxins and disease elements that are manifesting themselves as phlegm, catarrh, mucus, running nose, enlarged tonsils, fever, or other systems. This is nature's way of righting some internal wrong.  It is also known as the “reversal process”. Whatever has been suppressed in the body for years liquefies and is eliminated through the normal elimination channels.

Initially, during a healing crisis, you may feel a lack of energy. This is almost always because your body is cleansing and restoring at deep cellular levels and using a lot of energy for this.

By continuing this cleansing program and drinking lots of liquids, you will assist your body to easily go through the healing crisis. You can further assist this process by exercising (walking, rebounding, yoga, etc.) to increase circulation and flush the lymphatic system.

With regular use of the Amethyst Biomat, the body gets stronger and healthier, and its vital force increases. Remember, though, that the Amethyst Biomat may initiate still deeper healing crises over a period of time. Each time, more accumulated and stored toxins are eliminated, after which you can experience higher levels of vitality and well-being.

No results Sometimes you might be unaware of the “work” that is facilitating at deep cellular levels, where there is a priority in the body. Because you may not be consciously aware of what is happening, you may think that this is not working for you.

People, who at first reported “no results”, later, after having undergone regular medical check-ups, reported their cholesterol and blood pressure levels had dropped significantly. There are similar accounts regarding the normalization of blood-sugar levels and the improving of the immune system, without the user being aware of the process.

Highlighting of weaknesses Because this works with priorities in the body, it often highlights some area of weakness of which you were not previously aware. As it starts its work of assisting the body in cleansing, balancing, and restoring, you may then become aware of this area of weakness. Many people report having to gradually decrease medication dosages, as the body cleanses and becomes more balanced. If in doubt, always consult with a Health Practitioner, who understands the processes of cleansing and detoxification.

WATCH A VIDEO ON THE BIOMAT 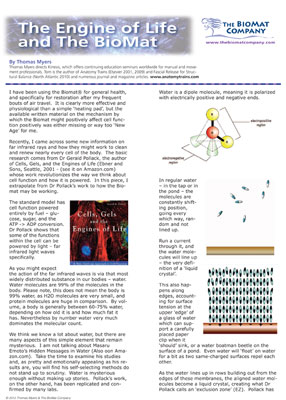 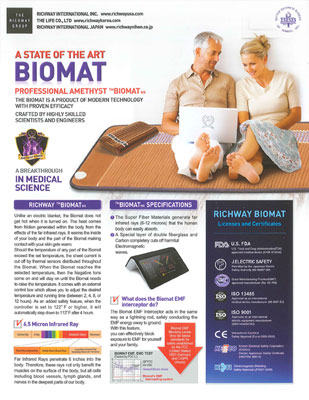 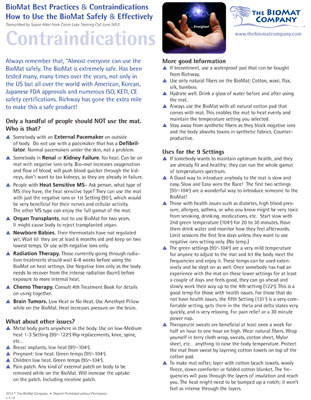 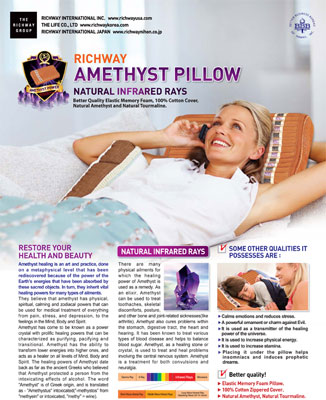 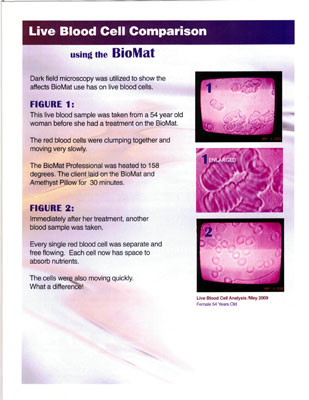 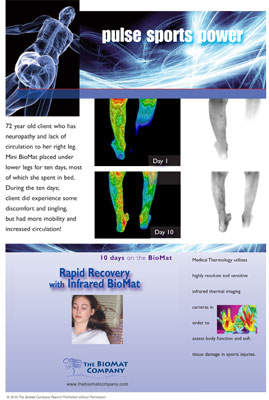